Completion of the MGO-mono-fuel engine / stratified water injection: the 6UEC35LSJ diesel engine has been demonstrated to run on biofuel

Japan Engine Corporation (J-ENG) announced that the first set of 6UEC35LSJ mono-fuel/stratified MGO water injection diesel engines has been completed. This engine will be delivered to Onomichi Dockyard Co., Ltd. as the main engine of a 17,500 dwt coastal vessel for MOL Drybulk Ltd.

The engine has an advantage of its fuel oil consumption over the same class conventional engine with about 5% less by applying the unique stratified water injection system, and can achieve to comply with EEDI phase 3 requirements. When using MGO as monofuel, the fuel oil system can be simpler than using heavy fuel oil by omitting the fuel oil heating system. The procedure for changing fuel oil from heavy fuel oil to MGO when entering port is not necessary. MGO is said to have stable properties, and it is expected that the maintenance interval of combustion chamber components can be extended due to the increase in reliability and reduction in load of the crew. 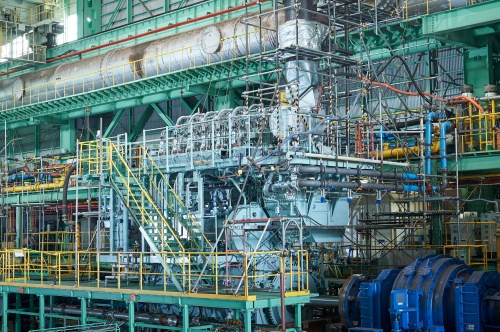 Advantages of the MGO mono-fuel engine

The stratified injection system is a technology allowing the injection of two different liquids from a single injector. On the subtitled diesel engine, MGO and water are injected to simultaneously reduce fuel consumption and reduce NOx. In addition, during the workshop test, 100% biofuel operation with stratified water injection, ie carbon neutral operation, was demonstrated and verified for the first time on a commercial engine.

The MGO single-fuel/water stratified injection engine is appreciated as the main medium/small size vessel by shipowners and shipyards, as it is an effective solution to reduce initial investment and save space. installation for fuel tanks. At the same time, EEDI (reduction of GHG emissions) is also reduced to contribute to CSR (corporate social responsibility). 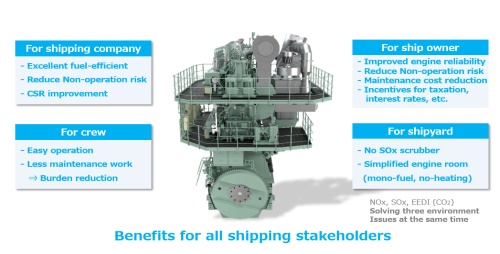 The stratified injection system offers a wide selection of fuels, not only biofuels, which were checked in the first game, but also LPG, methanol, etc. The technology is at the heart of the ammonia-fueled engine, which is being developed with support from the Green Innovation Fund. To cope with the future drastic reduction in GHG emissions, it will contribute through its strong potential.

Which Ram Pickups have the Cummins diesel engine and how much do they cost?