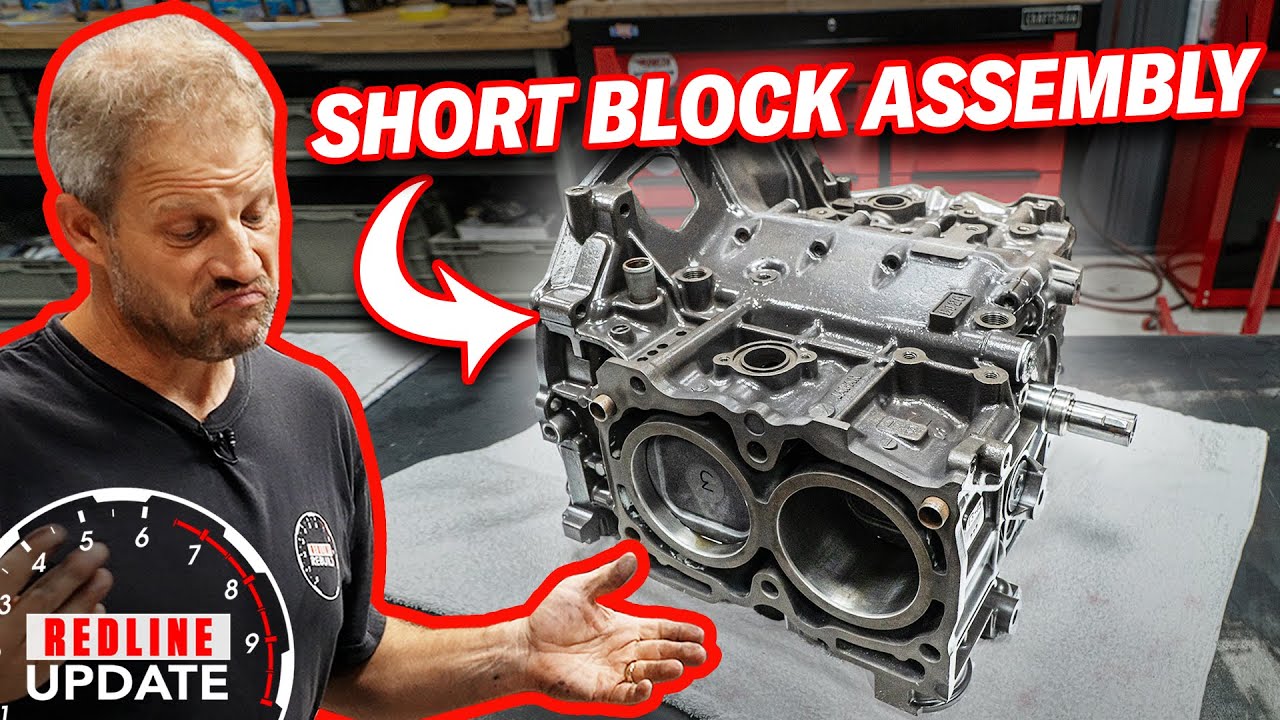 After what seems like an age, the “EJ20” four-cylinder boxer engine in our rotten (and now boxy) Subaru Impreza WRX is starting to snap back into place.

In the latest episode of Redline Rebuild, Davin is tasked with bolting down the bottom end of the 2-litre engine, or what is called the short block.

With a moment to explain one of the problems with this particular engine – that it’s not possible to hone the crank journals in one pass, because the outer pair are smaller in diameter than the inner ones – there has at least one solution, and it’s not long before the bearings can go in, followed by the crankshaft, then the two halves of the block can go together.

It’s one of the really satisfying parts of the build, we think, not least because anyone used to working on dirty, oil-covered engines always dreams of new components to handle. And someone with Davin’s experience makes it look easy – but rest assured, all the hard work, like measuring, is done away from the cameras.

Pausing briefly to remind you to change your oil so your own engine doesn’t suffer like this EJ engine did, the episode then ends with a slight tweak to the shop tool to work around a quirk of this engine design (your labor has not been in vain, needle nose pliers), and each of the pistons being integral with their respective rods.

We’re not quite on the home stretch yet, but if you want to see what’s next for the Subaru engine, head over to Hagerty’s YouTube channel and subscribe – and follow all the Redline Rebuild episodes on this link.

‘I have a panic attack every time I hear a fire engine’: Grenfell…